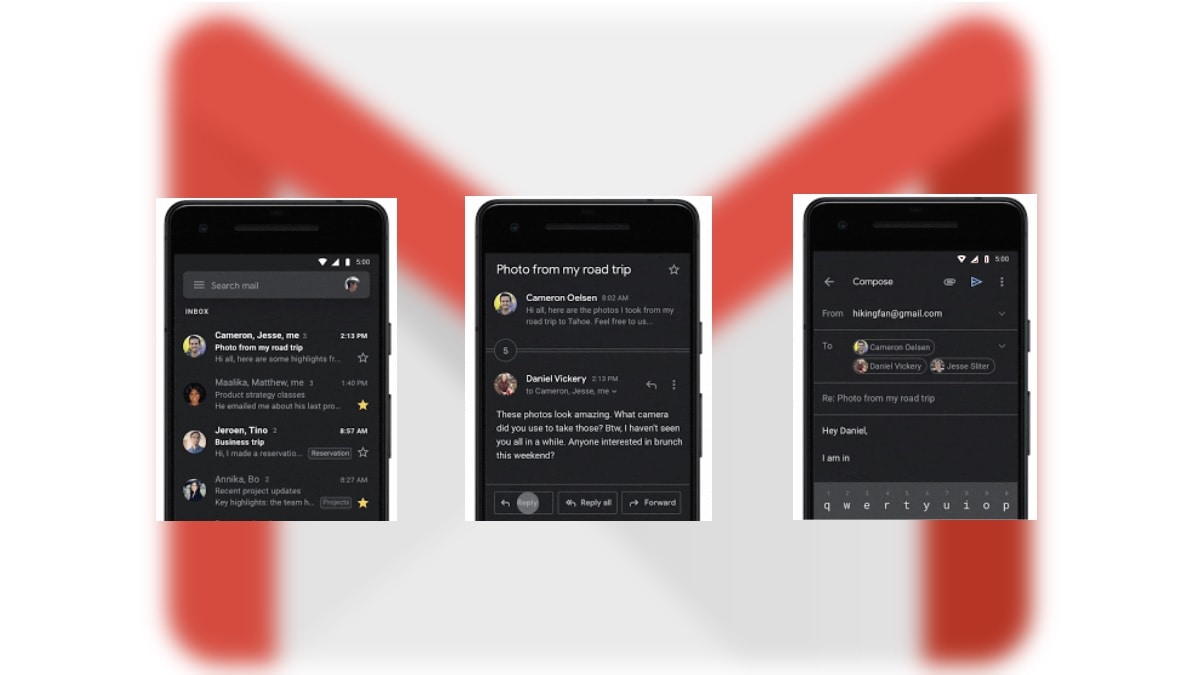 Gmail app for Android began showing traces of dark mode back in June, but despite receiving the material design makeover, the dark theme was nowhere to be seen. That changes now, as Google has officially begun the rollout of dark theme for the Gmail app. The feature is now being added to the Gmail app for Android and iOS. However, the rollout of dark theme in Gmail will be carried over the course of next two weeks, or even longer. So, if you haven’t already seen it in the Gmail app on your phone, it will arrive soon.

Google said in a G Suite blog post that extended rollout of dark theme for the Gmail app on Android and iOS has begun on September 24. However, it might take “potentially longer than 15 days” for the feature to become visible. We checked on the first-gen Pixel and Pixel 3, both running stable Android 10, but are yet to see the dark theme in the Gmail app for Android (version 2019.09.01.2681680002), and same is the case with the app’s iOS client.

In order to enable dark theme in Gmail app on Android or iOS (provided you’ve received it on your phone already), just open the app and follow this path: Settings > Theme > Dark. The “Theme” option is right at the top in the Settings menu, so it won’t be hard to find. There is also an alternative way to enable dark theme in the Gmail app. This can be done by activating the system-wide dark mode from the Settings apps on phones running Android 10 and iOS 13. Doing so will automatically apply the dark colour scheme in Gmail and a host of other compatible apps – but this method will also only work with the updated app.