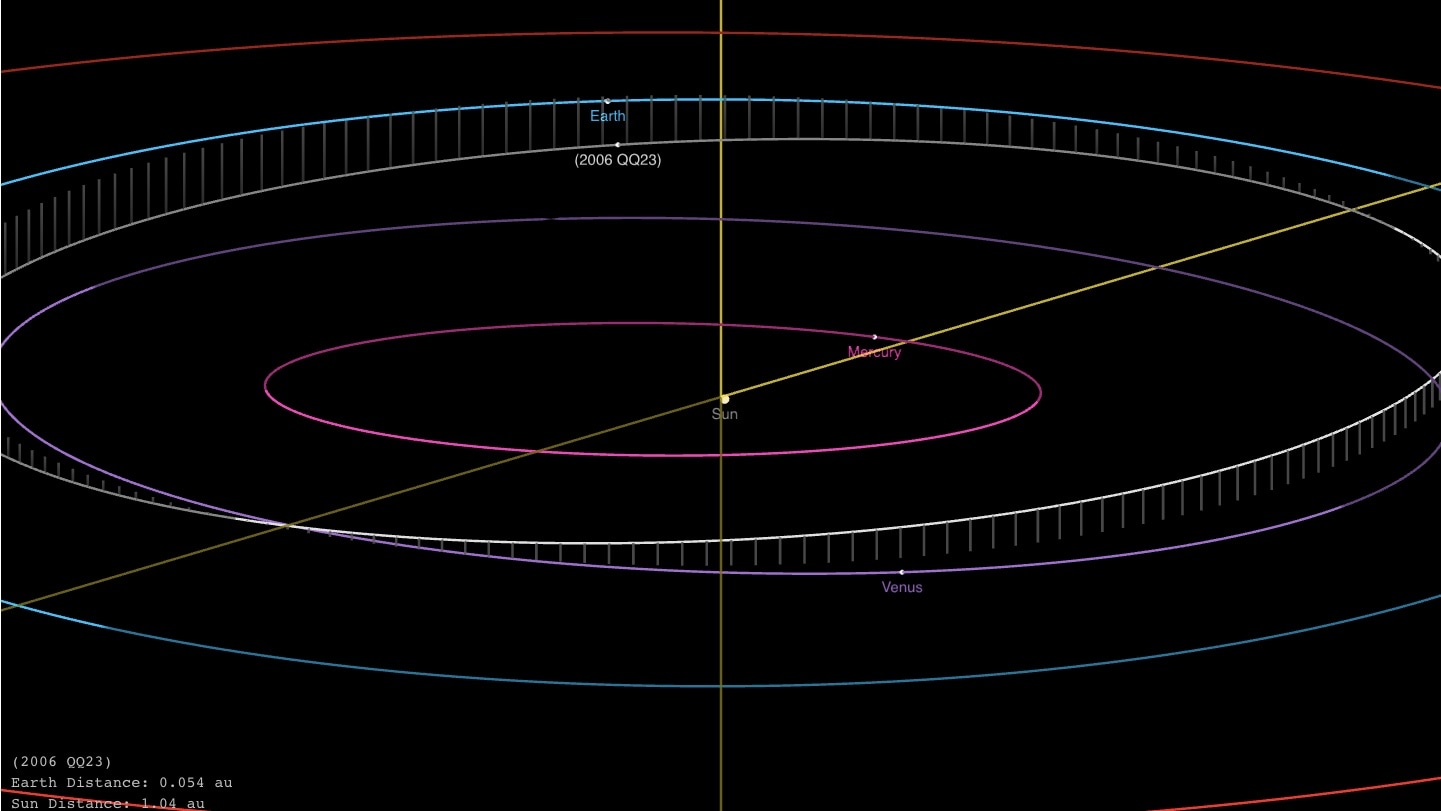 A giant asteroid is hurling towards Earth; however, it will safely sail past our planet next week, NASA’s Center for Near-Earth Object Studies (CNEOS) has said. The asteroid, which is known as 2006 QQ23, measures up to 1,870 feet in diameter, thus making it larger than New York’s Empire State Building that is 1,454 feet in height. The Asteroid 2006 QQ23 will make its closest approach to Earth on August 10 at 3:23am EDT (12:53pm IST) and will come within 4.6 million miles (7.4 million kms) of our planet.

According a report by Newsweek, the Asteroid 2006 QQ23 was spotted back in 2006 and is travelling at a speed of 10,400 mph (16,737 kmph). It has been classified as a Near-Earth Object (NEO); however, it won’t come anywhere close to Earth to do any harm. In fact, none of the currently tracked asteroids have a realistic chance of colliding with Earth.

Over 20,000 NEOs are currently being tracked by the scientists, with around 30 new discoveries every week.

Another asteroid that won’t be harming Earth is 2006 QV89. It was believed to be passing by Earth in September this year. It was also discovered in 2006, however after the first ten days, it was never seen again. As the object has not been seen in the expected area, it has been concluded that it is not on a collision course for Earth this year.