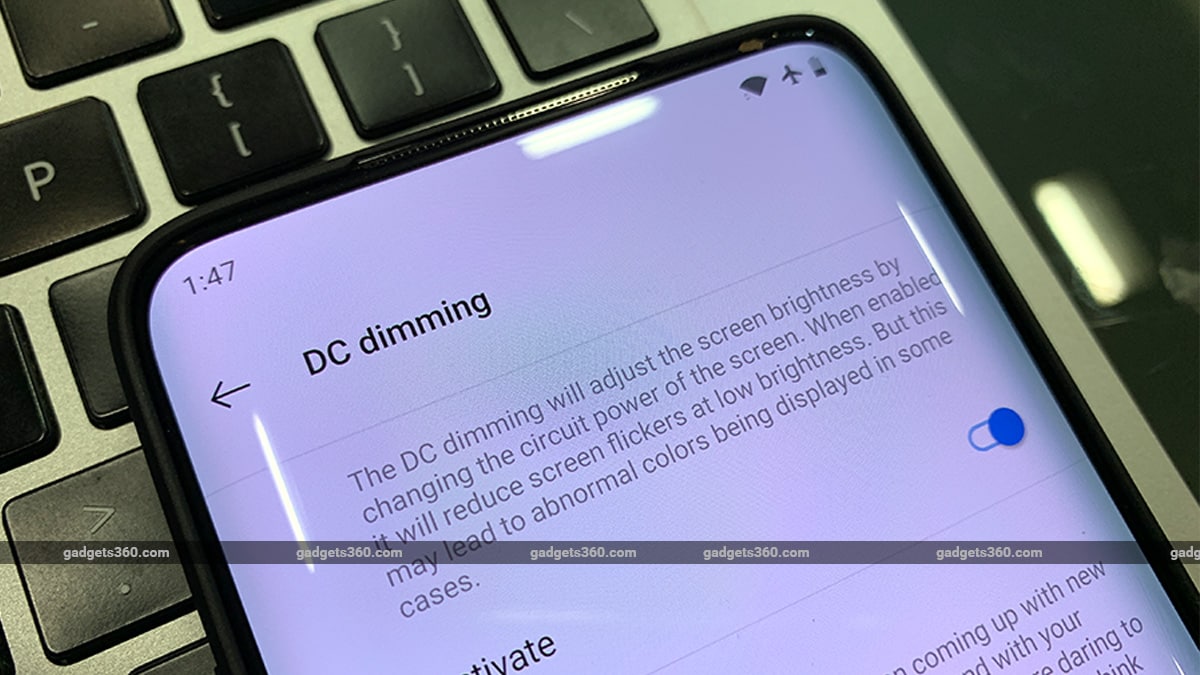 AMOLED screens on smartphones tend to offer some of the richest colours and deepest black levels, making viewing any type of content that much more engaging. We’re now seeing manufacturers beginning to adopt a new way of dimming the brightness on AMOLED panels, called DC dimming, and the Huawei P30 and P30 Pro are two more phones that will now have this option. An image of an upcoming firmware update for the phones has been leaked, which shows that this feature is coming soon to the P30 series in China.

Chinese website IThome reported this news, with a screenshot of the firmware update which mentions the addition of DC dimming for the P30 series. The update is about 401MB in size and according to the report, will be rolling out soon for the P30 series in Huawei’s home country. Of course, we could expect this to eventually trickle down to other markets too.

So, what is DC dimming and why should you care about it? Most phones will OLED displays so far have used PWM or Pulse Width Modulation for dimming the brightness of the screen. When brightness needs to be lowered, the display alternates between an on and off state, but the frequency of this is so rapid, that the average human eye can’t see the off state and simply perceives it as lower brightness. The lower you drop the brightness, the longer is the interval between the on and off state. While this has worked very well till now, the constant switching between states can cause headaches, although this affects a very small section of the population.

The fix for this is DC dimming, which essentially reduces the amount of current delivered to each pixel in the OLED panel, thereby altering its brightness. DC dimming is not a new feature but it’s only now being rapidly adopted by phone manufacturers. The OnePlus 7 Pro ₹ 48,999 (Review) is one of the first phones we’ve encountered to have this feature. It’s still in beta but if you look under ‘OnePlus Laboratory’ in the Settings app, you’ll be able to turn this on.

There is one side-effect of using this method in OLED panels and that is, the moment the current gets too low, it also starts altering the actual colours that the pixels produce, which can cause distortions in images when the screen is dim. Of course, manufacturers would have to find a way to compensate for this, which is why this feature is being added as an option in the P30 series and is not the default dimming method