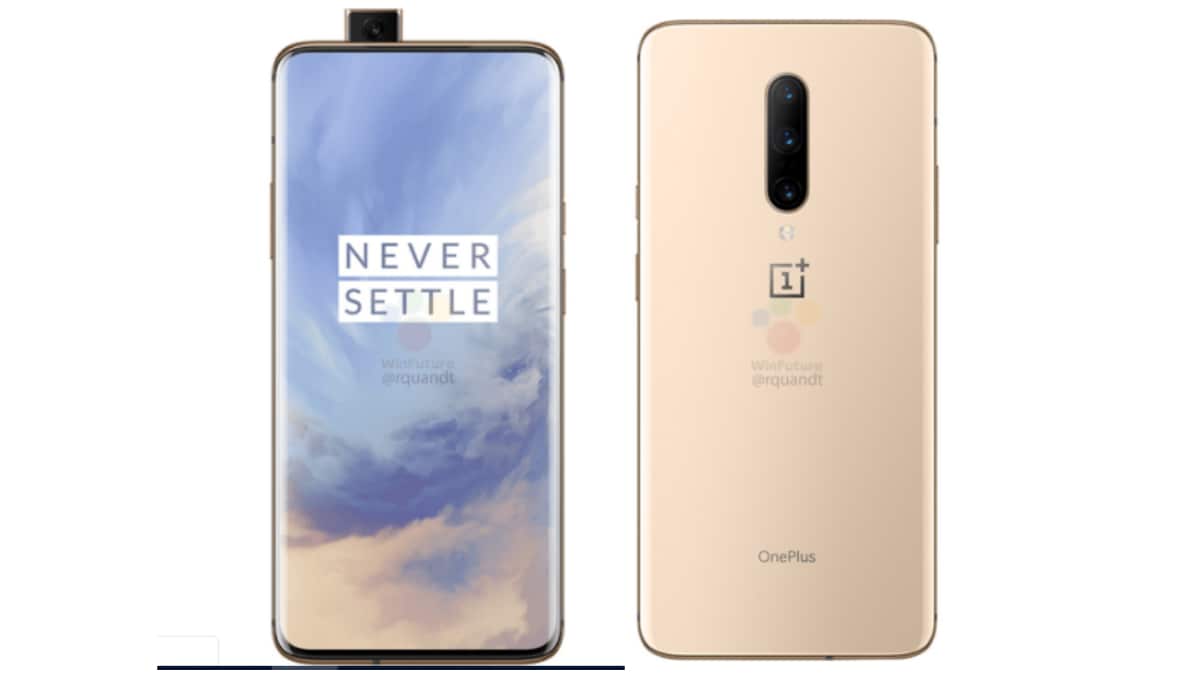 OnePlus 7 and OnePlus 7 Pro launch is exactly a week away, and the phones have now leaked in renders revealing all design details. The OnePlus 7 Pro has already been leaked in Nebula Blue and Mirror Grey colours before, and now the Almond colour option is also leaked. The OnePlus 7 will see little change in design from the OnePlus 6T, but the OnePlus 7 Pro is seen to sport a pop-up selfie camera and three rear cameras. The two phones are going to be powered by the Snapdragon 855 processor, and the Pro variant will support UFS 3.0 storage, and come with a HDR10+ display.