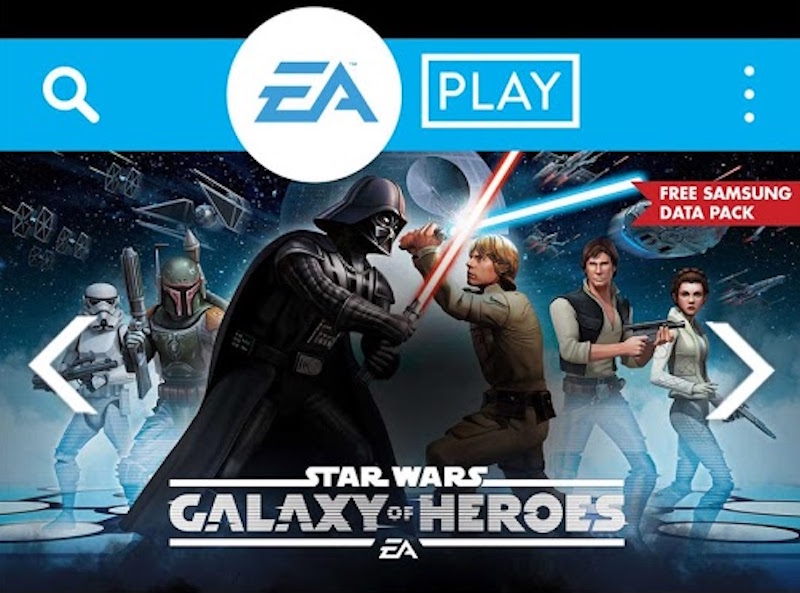 In what appears like an attempt to monetise the more susceptible segments of the notoriously hard to crack Android market, video game publisher Electronic Arts (EA) has partnered with Samsung for EA Play. Much like the company’s much lauded EA Access Xbox One service which grants Xbox One owners special discounts and promotions, EA Play will do the same for games published by EA.

This seems to have been quietly launched by the company a week ago with little to no buzz, if the downloads on Google Play are any indication. According to the app description “Samsung customers can receive special offers and promotions throughout the year, and stay up-to-date with our latest and greatest titles and updates.”

Titles featured in EA Play include SimCity BuildIt, FIFA 16 Ultimate Team, and Star Wars: Galaxy of Heroes. There’s even a mention of Samsung users receiving “a premium Samsung Data Pack free” and little else. We wouldn’t fault you for assuming that the South Korean company would augment your smartphone’s data plan. But a quick Google search indicates that it’s a bundle of in-game items including weapons, characters, and virtual currency.

EA Play is an interesting approach from EA. Considering that Samsung is perceived as one of the few high-end Android smartphone manufacturers, it’s safe to assume a portion of its users have the capacity to spend on apps and games. Harnessing that in the way of offering discounts could just be what is needed to push them over the edge and at the same time offer them quality, ad-free gaming experiences.

In the past, Google has cracked down on apps that allowed users to download other apps and games from non-Google Play sources. While we didn’t have a Samsung device to see how EA Play works, suffice to say, it wouldn’t be on Google Play if it didn’t meet Google’s guidelines, which makes it interesting from an execution standpoint, and perhaps opens the door for other publishers to try something similar.

Have you downloaded EA Play? What do you think? Let us know in the comments.