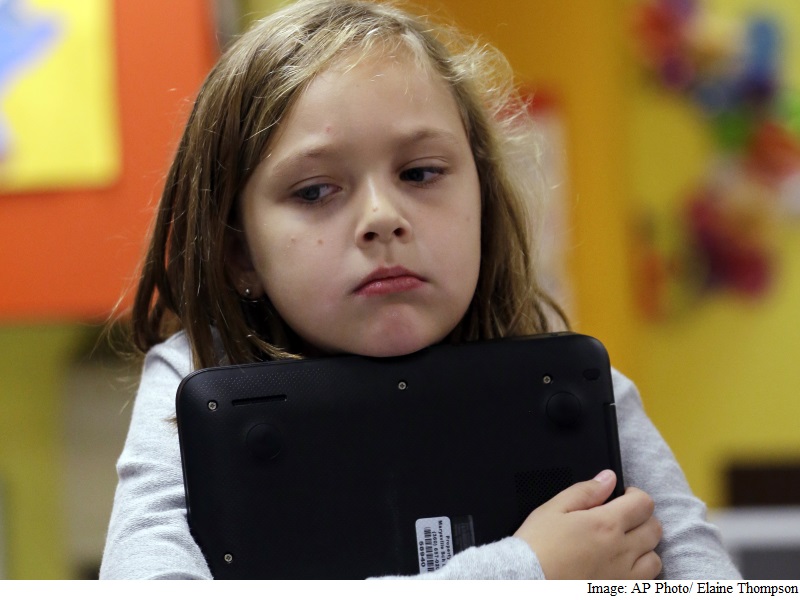 Google is being accused of invading the privacy of students using laptop computers powered by the Internet company’s Chrome operating system.

The Electronic Frontier Foundation, a digital rights group, depicts Google as a two-faced opportunist in a complaint filed Tuesday with the Federal Trade Commission.

Google disputes the unflattering portrait and says it isn’t doing anything wrong.

The complaint alleges that Google rigged the “Chromebook” computers in a way that enables the company to collect information about students’ Internet search requests and online video habits. The foundation says Google is dissecting the activities of students in kindergarten through 12th grade so it can improve its digital services.

The complaint contends Google’s storage and analysis of the student profile violates a “Student Privacy Pledge” that the company signed last year. The pledge, which covers more than 200 companies, contains a provision guaranteeing that students’ personal information won’t be exploited for “non-educational” purposes.

The foundation is calling on the FTC to investigate Google, stop it from using information on students’ activities for its own purposes and order it to destroy any information it has collected that’s not related to education.

Google applauded the Electronic Frontier Foundation for caring about student privacy, but said it believes it is following the laws enforced by the FTC.

“Our services enable students everywhere to learn and keep their information private and secure,” Google said in a statement.

Chromebooks have become particularly popular in schools because some models sell for less than $300 (roughly Rs. 20,000) and can be easily maintained by Google over the Internet.

But the way Google has managed some of its other products have previously gotten the Mountain View, California, company into trouble for violating its users’ privacy.

In 2012, Google paid a $22.5 million (roughly Rs. 149 crores) fine after the FTC concluded the company had created atechnological loophole that enabled its digital advertising network to shadow the online activities of people using Apple’s Safari browser without their consent.

The agency determined Google’s Safari surveillance violated an earlier promise not to mislead consumers about privacy issues. That pledge came after Google set up a social networking service called Buzz in 2010 and exposed people’s email contacts. Google agreed to period privacy audits as part of that settlement with the FTC.