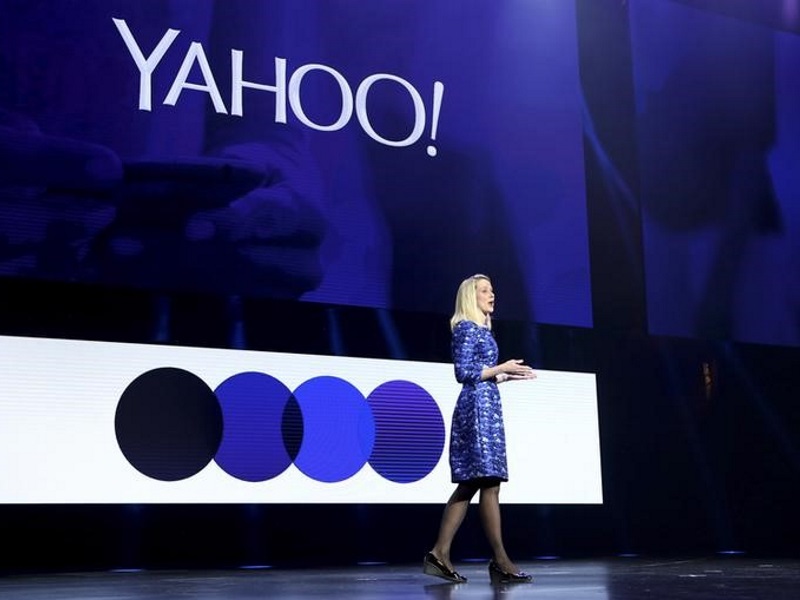 The board of Yahoo Inc is weighing a sale of its core Internet business when it meets this week, a source familiar with the matter told Reuters.

The board’s meeting comes amid a broader debate about the future of the company and that of high-profile Chief Executive Marissa Mayer.

The Wall Street Journal first reported the possible sale of the Internet business late on Tuesday. People familiar with the matter told the newspaper the board was expected to also discuss during meetings from Wednesday through Friday whether to proceed with a plan to spin off more than $30 billion in shares of Alibaba Holding Group Ltd. The company could also pursue both options, the paper said.

The company’s shares were up more than 7 percent in extended trading.

Yahoo’s core business, which includes popular services like Yahoo Mail and its news and sports sites, could attract private equity firms, media and telecom companies or firms like Softbank Group Corp, analysts have said in the past.

The news comes as Mayer faces growing pressure over the company’s performance. Mayer came to Yahoo after a long stint at Google.

Her arrival kicked off heightened expectations of a quick turnaround at Yahoo, which had struggled to grow its advertising business to compete with market leaders Google and Facebook.

Hopes of a comeback crumbled as Yahoo’s plan to push mobile, video, native and social media ads – a strategy Mayer introduced in 2014 under the acronym Mavens – failed to increase revenues as desktop search ads continued to decline.

A $1.1 billion (roughly Rs. 7,316 crores) deal in 2013 to acquire social blogging site Tumblr also hit snags, with investors arguing that Mayer overpaid for an unprofitable product. The deal lifted Yahoo’s user base to about 1 billion but did not bring in advertisers.

In September, Yahoo’s plans for the spinoff of its stake in Alibaba hit a roadblock when the US Internal Revenue Service denied a request to bless the transaction as a tax-free deal.

Yahoo said it planned to proceed with the spinoff despite the IRS announcement, but has not yet done so.

In November, activist investor Starboard Value LP asked Yahoo to drop plans to spin off its stake in Alibaba and urged the company to sell its core search and display advertising businesses instead.

During Mayer’s 13-year tenure at Google, she led the Google Earth, Gmail and Google News teams and is credited with helping create the company’s celebrated search page.