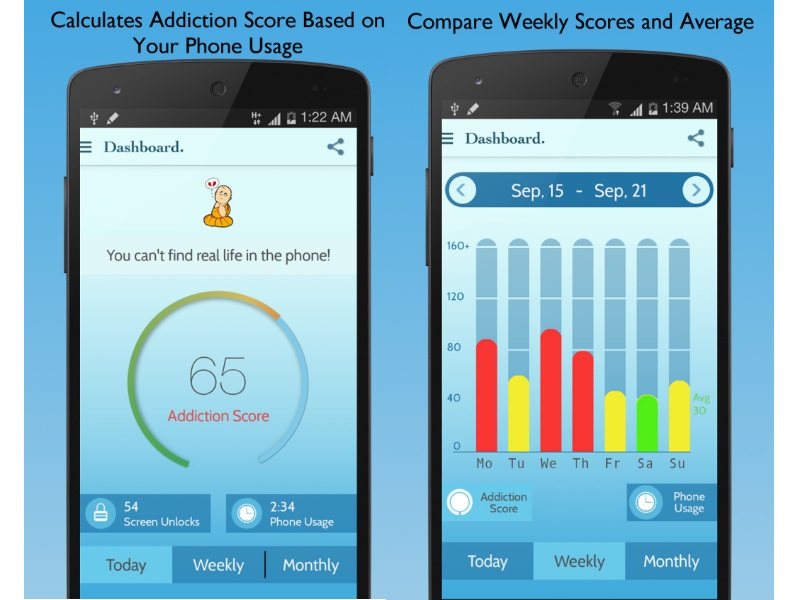 Between daughters who prefer texting to any other form of communication, my workplace’s mandate to be follow-worthy on a variety of social-media platforms and a journalist’s general FOMO on the news, I’m on my iPhone quite often. Too often. Sometimes I catch myself picking it up and scrolling through Twitter or Facebook out of boredom, when my time would be better spent talking to a human (or even my dogs), or reading something more than a few sentences long. But, because of the aforementioned daughters, I’m not really comfortable turning my phone off and sticking it in a drawer.

Could the phone itself help me reduce my time on it, I wondered? Or was that like asking the fox to guard the hen house?

To find out, I downloaded an app called BreakFree. It uses a “highly advanced” algorithm to determine how addicted you are to your phone, crunching data such as how many times you unlock your screen and how long your phone is in continuous use. The idea is to keep your score under 40. A score of 40 to 70 puts you in the yellow zone. Above 70 is red.

Some days, I reasoned, life would make me red. Say my family was traveling somewhere, and we were using a navigation app and receiving messages from people we were meeting, plus looking up hotels and restaurants – a perfect storm of usage. But most days, I thought, surely I would stay in the yellow zone.

Turned out I was in the red. Every. Single. Day.

Checking the app’s dashboard triggered warnings such as, “Step away from the phone.” Though I tried to set up notifications to alert me to overuse, I never saw them for some reason.

BreakFree gives Android users tools to disable the Internet or send auto-text messages, which I’d find very helpful. Apple blocks those features, but developers say they are working on others.

With BreakFree leaving this Apple devotee still chained to her screen, I downloaded Moment, an app that tells iPhone users exactly when they start using their phone and how long they remain on it each time. You might be surprised to learn that you picked up your phone at 7am and spent 35 minutes reading email and scrolling through news feeds instead of hopping out of bed.

Most helpful is the ability to program screen-free time, set a maximum amount of usage per day, set reminders that pop up every few minutes or hours to tell you how much time you’ve spent on the phone, and even ask your phone to force you off if you go beyond your usage limit. How does it do that? An alarm will sound continuously and notifications will pop up until you turn off the screen or disable the feature. 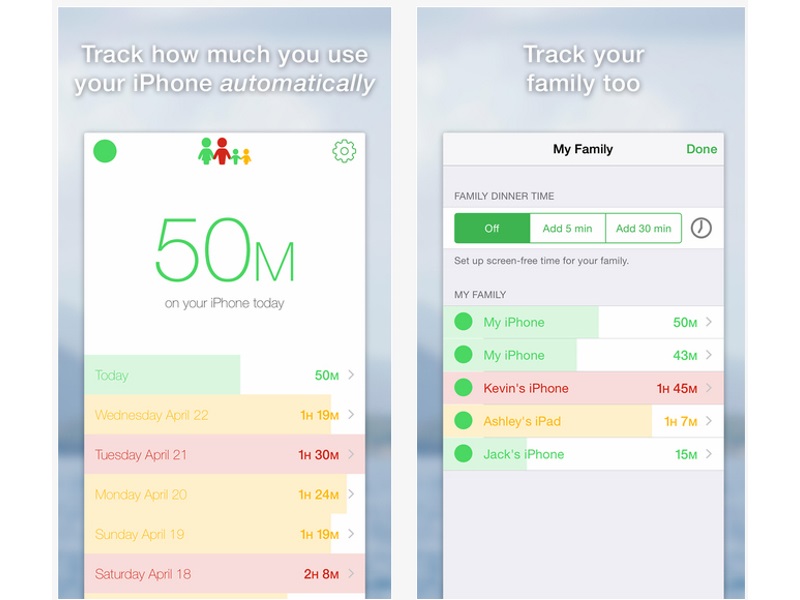 Parents brave enough to endure the blowback can download Moment Family, which will keep track of your loved ones’ digital time, and allow them to set limits and schedule screen-free dinners. No more furtive looks at phones hidden under the dinner table? That’s definitely something I would have appreciated when my kids were younger.