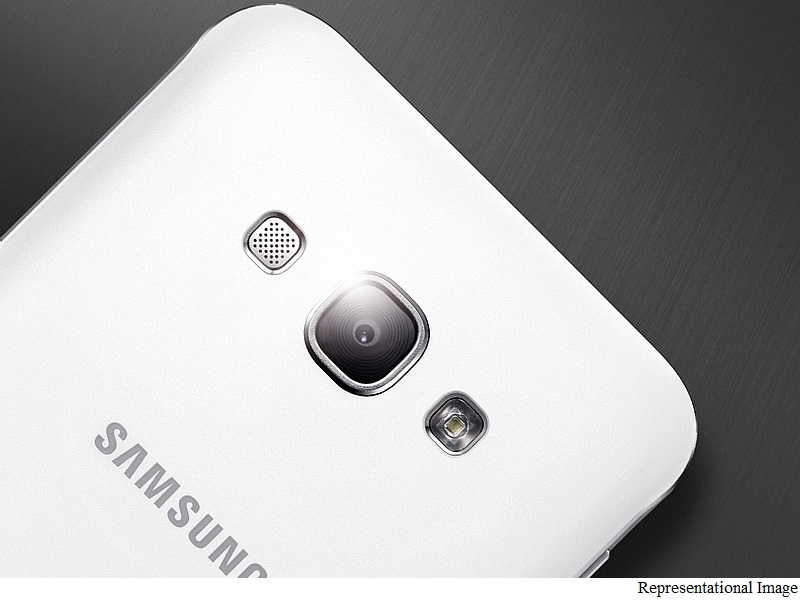 The much-rumoured Samsung Galaxy A9 smartphone, after going through a series of leaks in the past month, has finally made its way to the company’s Iran website. The listing page gives details on its specifications and the launch date – December 1. Although the price has not been revealed, the ‘price-range’ section states the smartphone to be ‘mid-range.’

As per the listing, the Samsung Galaxy A9 or the SM-A900F will launch in three colours – Gold, Black, and White – and will support Dual-SIM (Nano) functionality. It bears a 5.5-inch full-HD (1080×1920 pixels) resolution Super Amoled display with pixel density of 401ppi. Under the hood, the handset packs an octa-core Qualcomm Snapdragon 620 (MSM8976) processor with four Cortex-A72 cores clocked at 1.8GHz and four Cortex-A53 cores clokced at 1.4GHz, clubbed with 3GB RAM and Adreno 510. 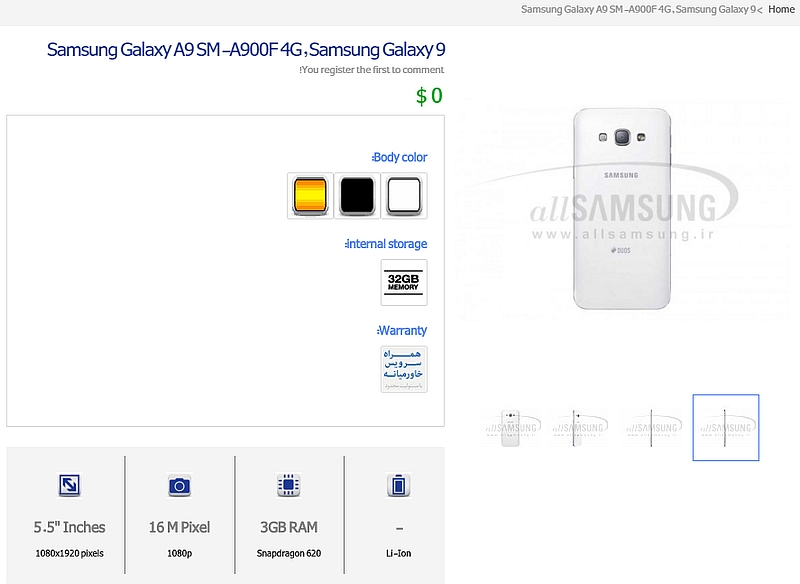 The Android 5.1.1 Lollipop-based Galaxy A9 features a 16-megapixel autofocus rear camera with LED flash, alongside a 5-megapixel front-facing camera. The rear camera can record videos in full-HD resolution at 30fps and comes with different modes including face/smile detection, geo-tagging, HDR, Panorama, and Touch Focus. It also houses 32GB of inbuilt storage, which can be further expanded via microSD card (up to 128GB).

The 4G LTE supporting metal-clad Samsung Galaxy A9 includes GPS, NFC, FM radio, Micro-USB 2.0, and Wi-Fi under its connectivity options. Although the battery capacity is not mentioned in the page listing, it does say the battery to be a non-removable one. It is worth noting that the images on the page appear to be that of the Galaxy A8, and are possibly just placeholders. The listing on official website hints that Samsung might soon launch the smartphone officially. It must be noted however that with the use of the placeholder image, the listing may be updated in its entirety at some point.