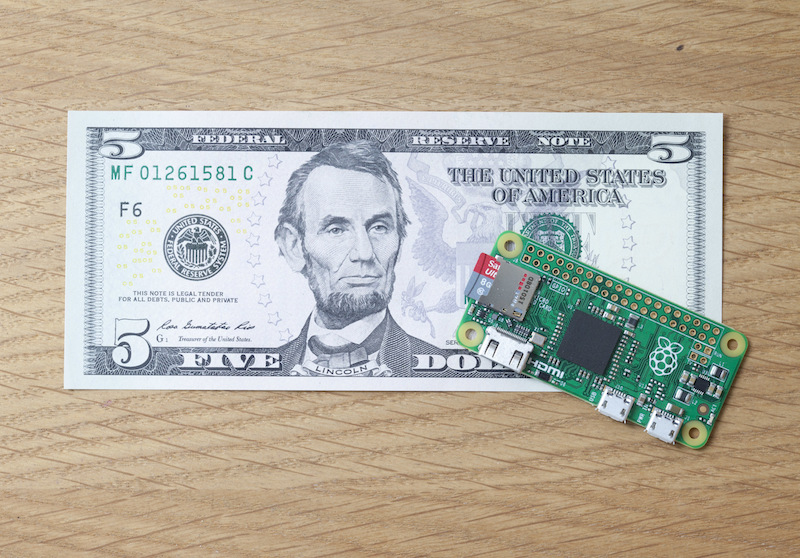 As for the specifications, the Raspberry Pi Zero comes with Broadcom’s BCM2835 application processor clocked at 1GHz ARM11 core. The company says that this chipset is 40 percent faster than its counterpart at Raspberry Pi 1. Other specifications include a 512MB of LPDDR2 SDRAM, and a microSD card slot for storage.

On the connectivity front, there’s a mini-HDMI socket that supports 1080p60 video output, a 40-pin GPIO header, and a composite video header. Do note that there isn’t a standard USB or Ethernet port, so you will have to purchase an additional hub to be able to connect your peripherals or devices to it.

On the software front, the device can run Raspbian, a Linux-based operating system. The processing power should be enough to be able to handle apps such as Minecraft. It is available for purchase in the United Kingdom from element14, The Pi Hut and Pimoroni, and in the United States from Adafruit. There’s no word on its Indian availability, though based on the previous launches, it should be available in the country via authorised resellers soon enough.

Interestingly, a Raspberry Pi-powered product called Poco Supercomputer, is currently up on crowdfunding platform Indiegogo , which promises to offer an open source, completely hackable device. It has three Micro-USB ports, microHDMI-out, microSD expansion, two joysticks inlets, and a range of sensors. The company says that Poco Supercomputer can be used as a portable media player, a fitness tracker and a range of other things, as users see fit.